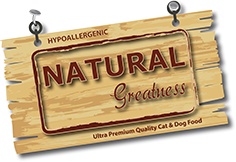 Hello,
Hereby I would like to inform that everybody who is interested and
who's cats have completed necessary requirements to participate in
competition "Baltic Top Cat 2014", please send the filled-out form
(see sample attached) e-mail shows@cfca.lv. Deadline is January 20,
2015.

So, in order to participate in nominations "Best Adult Male/Female",
"Best Neuter", "Best Junior (4-10 months)", cat must have participated
in at least two shows in each of Baltic countries - LV, LT, EST
during the year 2014.

In order to participate in nomination „Best Cattery”, in one show at
least 5 cats born in the cattery must have participated, regardless of
age and show class. At least two shows in each country are required
to compete in this nomination.

In order to participate in nomination „Best Breeding Male/Female”, in
one show at least 3 offsprings of this cat must compete, one of them
must be at least 10 months old. At least two shows in each country are
required to compete in this nomination.

If a cat has participated more than two times in some country, the two
best results are taken into account for the competition.

In case of any questions, please send me an e-mail (vineta.sviksa@cfca.lv)